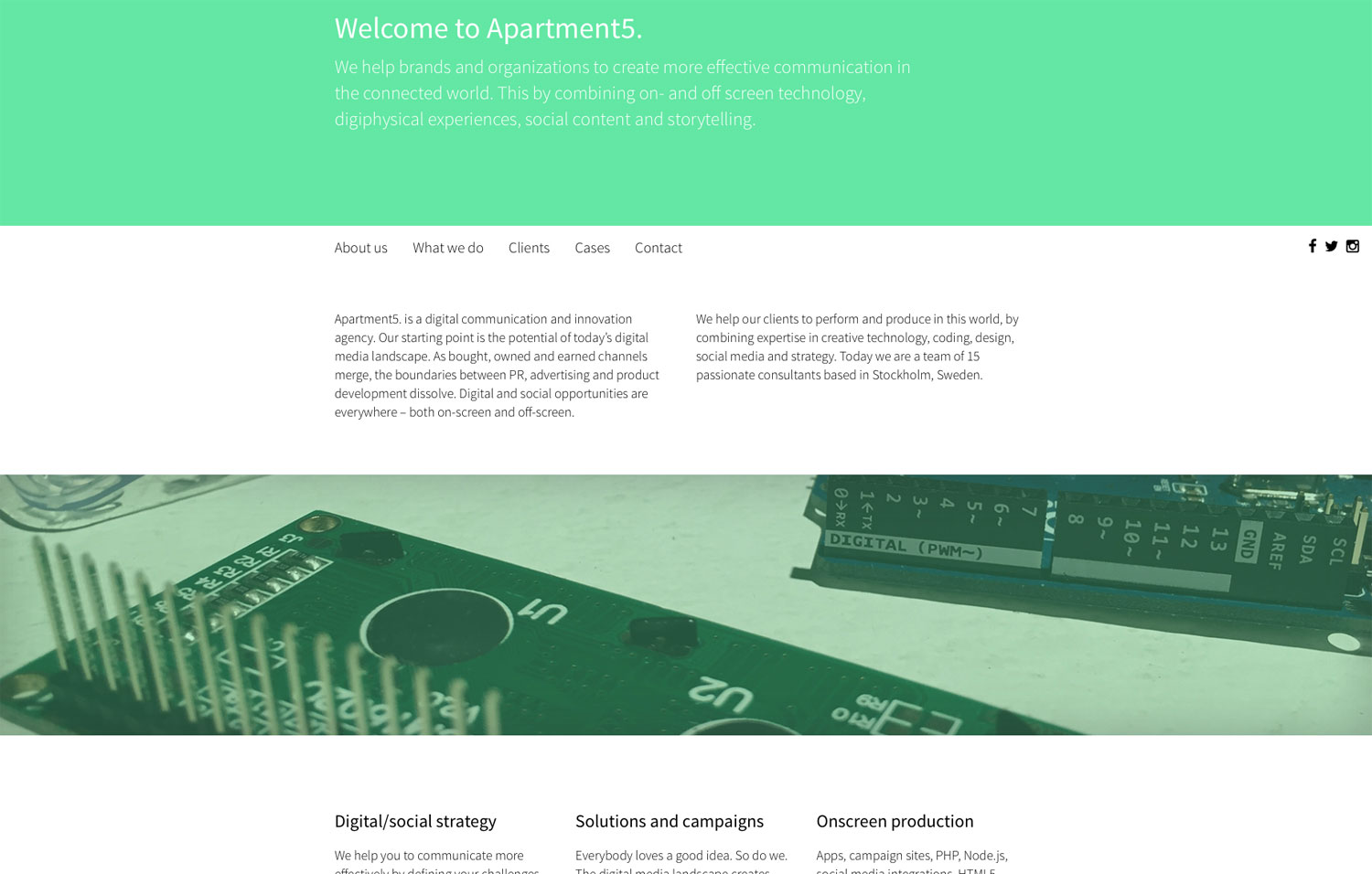 This year’s Best of Show winner was selected from the 2015 Horizon Interactive Awards Mobile Applications category and was won by Apartment5 from Stockholm, Sweden. The project was the “Are You a Kingsman” app and combination live action game which took its inspiration from the 20th Century Fox movie, “KIngsman: The Secret Service.”

With us today, we have Anders Bergmark, a Creative Strategist from Apartment5 to discuss the outstanding work and the Best of Show Award.

HIA: Anders, thank you for taking the time to do this interview.  So, you and your team achived our highest project honor.  What does it mean to your company and team to receive this award distinction?

It’s always fun to win and it gives us some energy to keep up our great work. Being Best of Show is of course extra fun! But to be honest, to win awards is not an end in itself for us. We always strive for making the best for our clients and most of our projects are far from as creative as this one. In general I think the agency business is too much about winning awards. But it’s very human to want to be a winner.

HIA: Tell us more about this project and the back story that led up to the great work.

The client wanted something cost effective that could give them an organic spread that is hard to get from a standard bought media campaign. The movie marketing strategies all look the same and our client wanted to try something new. We’re glad for that.

HIA: Is there anyone else you want to recognize for this award?

The whole production team and all the participants who fought until the end even though it became quite obvious during the game that some of them would lose.


HIA: Tell us more about your company. Talk, if you would, about how it started, how it has grown, what changes you have seen in the company, etc.

The agency started when me and my partner Torgil Grim were on parental leave with our first borns. We had studied together at Berghs School of Communication in Stockholm but been at different agencies after school. To build our own agency had always been the goal and while strolling around with our kids we planned on how to start an agency. Later on we’ve had more partners coming in and we are now part of a great Nordic network called XperienceGroup that we do a lot of our projects together with now. We are several different agencies who sit and work together within the network and hopefully we will have the chance to go Nordic. Hopefully we’ll do our first Norwegian project this month. We’ve just recruited a new digital creative, Marius Pedersen, and he is actually Norwegian.


HIA: What types of projects do you normally work on?  Tell us a little more about your clients needs.

We’re partly a production agency and partly a creative concept agency. So there are a lot of digital production within the network for the other agencies. Having production inhouse gives us a lot of learnings and all our coders are creative technologists. To be able to work here you have to be a creative and be able to come up with ideas and concepts. It’s not just about coding. We work a lot with digiphysical experiences as well – making digital stuff happen in the physical room sort of. That is always popular for our brand experience clients, but not always the most easy projects hehe. But easy isn’t fun.

HIA: How will you continue produce industry leading work?

It’s all about the people working here. Finding the right people, get more jobs and get more people. 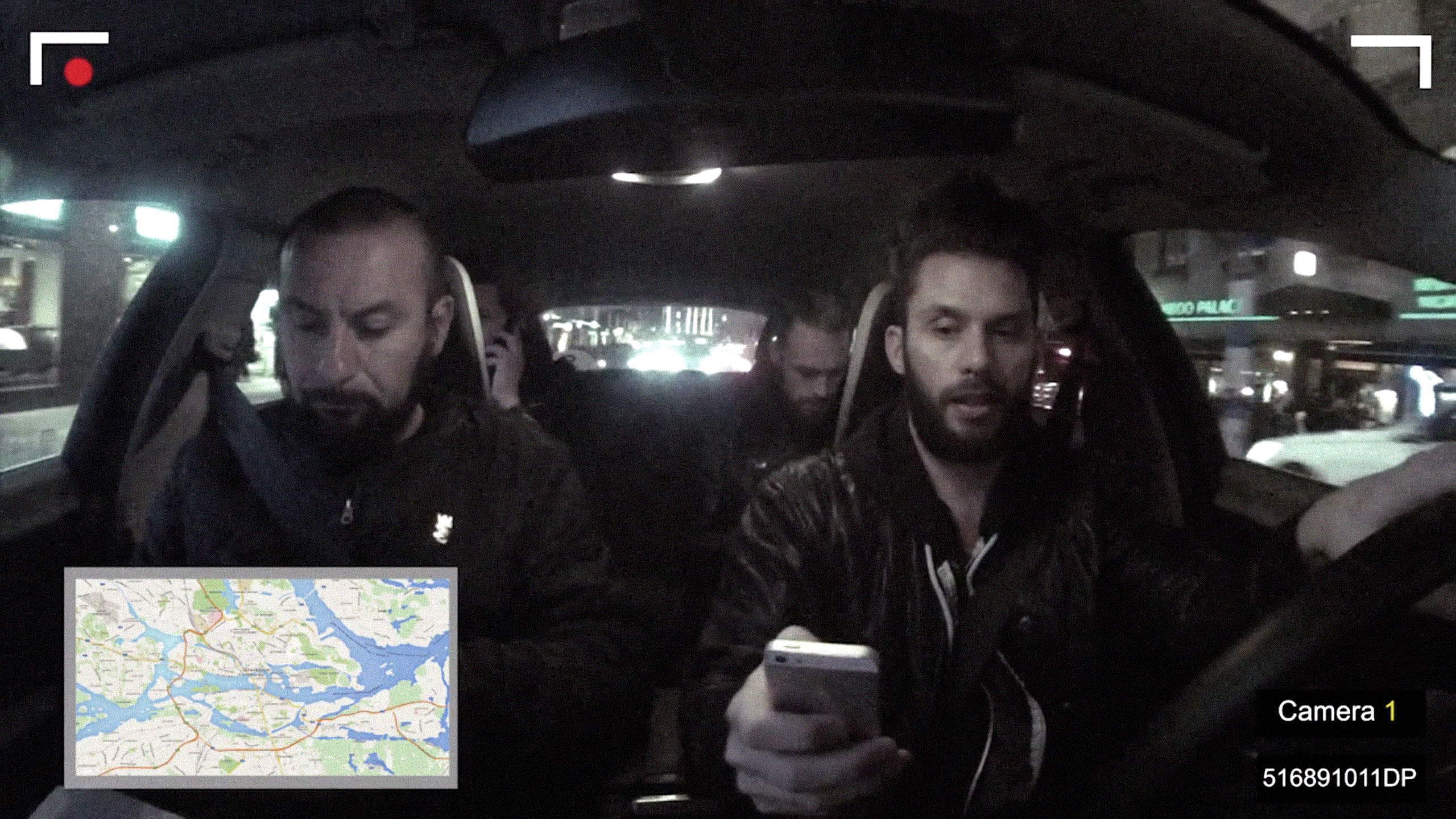 We try to cut down on the office time when we can and work only seven hours a day. Most agencies in Sweden work eight hours. It’s important for us to have fun and enjoy life. I feel that we’re quite democratic as well when it comes to daily agency culture. It’s important that everybody gets their say.


HIA: This entry stood out to the judging panel because it combined live action interactivity with technology on many different levels.  Speaking more generally, is this a trend you are seeing in the industry and how digital / interactive media is evolving?

Yes, especially in the event and brand experience field of course. There’s always something digital or technological to an event today.


HIA: Have you entered the Horizon Awards in the past and if so, what do you feel is the biggest benefit from being a participant in the competition?

Yes, we won silver last year for an interactive machine for Ballantine’s. I think the judgement system is good in that way that it’s a certain points that gives you an award. It opens up for more projects to be recognized in the way that they deserve.


HIA: Do you have anything else you would like to add to the interview?

Anders (Apartment5): We are really looking forward to get thet Best of Show award up on our shelf. We have made some extra space for it.

HIA: Well... it's a big award, so I hope there is room. We would love to see some photos of it on the shelf when you get it there. Anders, thank you very much for taking the time to talk more about this award. We sincerely wish you the best in the upcoming year and hope to have you back in future competitions.