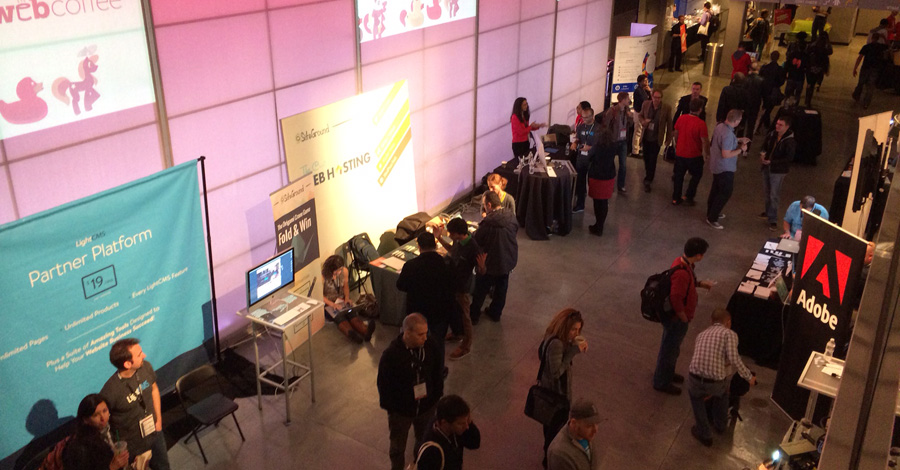 As the sun sets behind the backdrop of the “city that never sleeps,” another successful Future Insights event goes in the books. This year’s “Future of Web Design” conference was a fantastic opportunity for web designers and developers to discuss the newest trends in the rapidly changing landscape of building quality web sites.

This year’s conference, located in the New World Stages building just off of Broadway in New York City, focused on a comprehensive set of topics ranging from UX methods and overall design philosophy to prototyping and pattern libraries to in-depth HTML/CSS responsive frameworks and ratio grid systems with code pre-processors.

One of the more notable themes that surfaced during the course of the 3 day event was the notion that with the overall advancement in HTML 5/CSS 3 and code compliant browsers, designers are afforded the opportunity to focus on great site content and user experience rather than the technicalities of how this device or that device will display the code. This represents a return to actual design roots that places emphasis on understanding how design actually connects with the intended user. 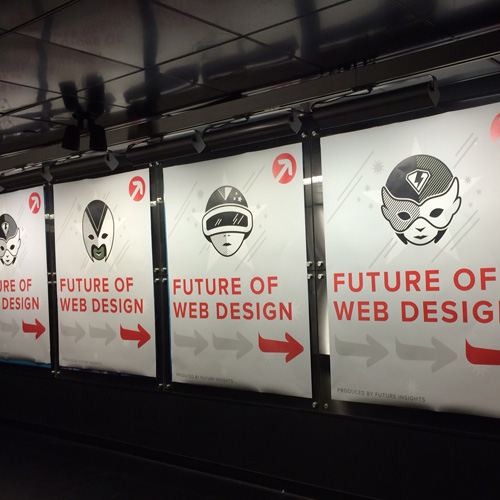 Another theme that was prominent in many of the presentations was the fact that the title of “web designer” encompasses much more than it used to in year’s past. At one time, there was a clear division of labor between designers and developers. Designers would present a concept (often as a flat graphic file) and a developer would bring it to life through code. However, this has changed to a point where the lines between designer and developer have been blurred.  Many of the presenters emphasized a wide range of tools that allowed a designer turn solid design concepts into fully functional, clean, compliant and semantic markup.

Because designers or developers are increasingly asked to be multi-functional amongst many of the traditionally siloed responsibilities, it was refreshing that the conference placed an emphasis on the practice of UX. Many of the sessions that focused on UX principles were great reminders of how, for designers, a piece of art may be beautiful to look at, but it doesn’t necessarily mean that it is a successful design. For developers (those who traditionally aren’t considered designers) it was a great reminder that successful web projects require the input of a UX resource or designers who crossover into the practice of UX. 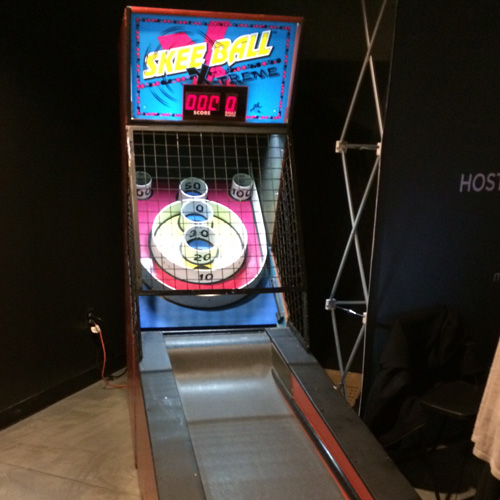 Apart from the informative speaker sessions and networking opportunities, the conference was packed with vendors displaying products and services relevant to the industry. Booth sponsors included: Adobe, InVision, Media Temple, SiteGround, PSD to Many Things, Light CMS, Animatron and Fonts.com.

Conference goers were treated to a continual supply of food and refreshments and even opportunities to have a little fun. The Skee Ball game provided some stiff competition for bragging rights while the Sketch class allowed those creative types to unwind a bit.

Feedback about the event was very positive from attendees and unlike many other industry conferences, the energy level was constant from the first session through to the end.

To learn more about Future Insights events, visit http://www.futureinsights.com The n.ext Future of Web Design conference will be held in London in April of 2015.