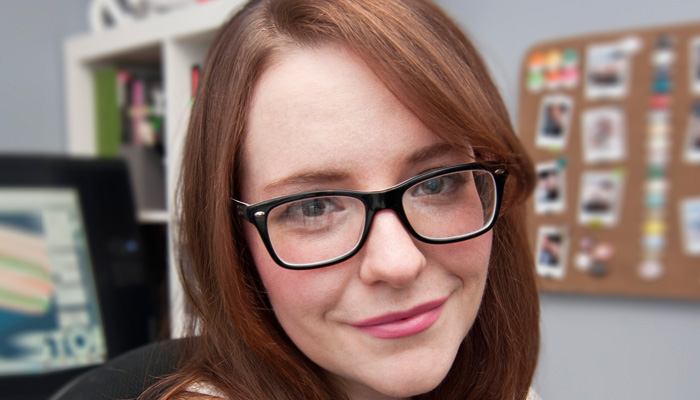 JUST ADDED for the 2013 Horizon Interactive Awards Competition is the Accessibility / 508 Compliance category. The 12th Annual HIA's hope to highlight outstanding work in this category as more and more web designers and developers become aware of the importance of accessibility in design for the web.

Geri is a self proclaimed "colour-obsessed designer and illustrator" living and working in Newfoundland, Canada. She agreed to become involved with the Horizon Awards after we attended the Future of Web Design conference in New York City in October. There, she gave an informative talk about the importance of designing web sites with accessibility in mind. Accessibility not only includes web users who are visually impaired, but those who have the many different types of color blindness - or the ability to distinguish between various color palettes. In the United States, most government web sites require adherence to the 508 Compliance standard to insure the highest level of access to persons with visual impairments.

We are certainly excited to have her involved with the competition this year and to help us launch this new and exciting category. The long term plans are to introduce accessibility as a larger part of the overall judging process in addition to the current judging criteria. Introducing this category for 2013 will bring awareness to the fact that we will be expanding this very important element into the competition as we move forward.

Geri is a former Art Director at a Canadian advertising agency and is now pursuing her own clients as a full-time freelancer. She loves chatting about nerdy things on Twitter and has shared her thoughts in publications such as .Net, The Pastry Box Project, and 24 Ways. In addition, she’s the author of the Pocket Guide to Colour Accessibility from Five Simple Steps, and has illustrated a children's book for Scholastic UK.